Salmon and prawn wantons, prawn bisque
Certainly not to the standard of this execution, but nevertheless enjoyable. This wonton filling was tighter, due to being blitzed. Unfortunately, I think the touch of added Australian cream let this bisque down. 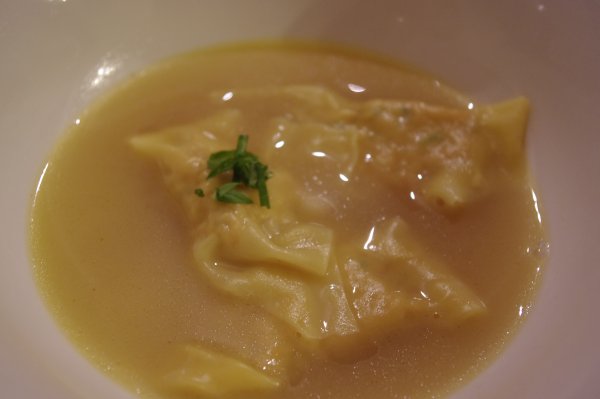 Mi cuit salmon, pea soup, lemon oil
A last minute dish, using left over salmon from the wonton filling, and not the best flavour combos as a result (a mint oil would be a better match – even before getting to the pea-salmon combo – but I didn’t have enough mint).

It seems to have become standard to refer to fish cooked to between 40°C and 50°C (104°F and 122°F, respectively) as mi cuit (half/semi cooked), though the proteins have certainly denatured at these temperatures. 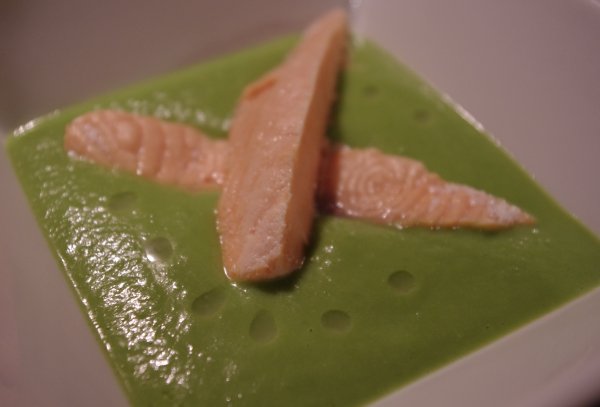 The above two dishes were served with Bollinger Special Cuvée NV, with which they went pretty well. But then, “Champagne goes well with everything, and everything goes well with Champagne”. The wine itself had a great autolytic nose of lemon curd and toast, but was let down a little by a palate with very slightly disjointed acidity (that’s just how I feel about Bollie though), bruised apple (I tend to prefer cleaner fruit flavours in Champagne) and dilute pear flavours, and a mid-palate and finish that didn’t quite last or feel in balance. Picking hairs though, as this was good, and went well with the above dishes. 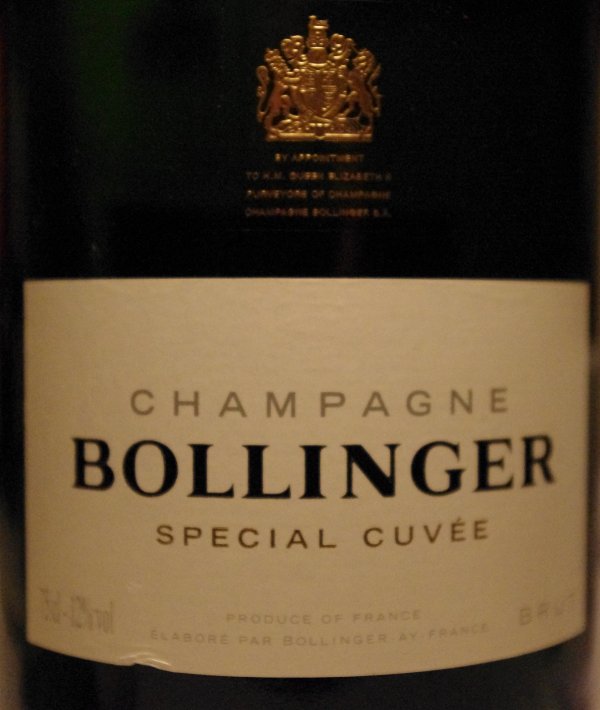 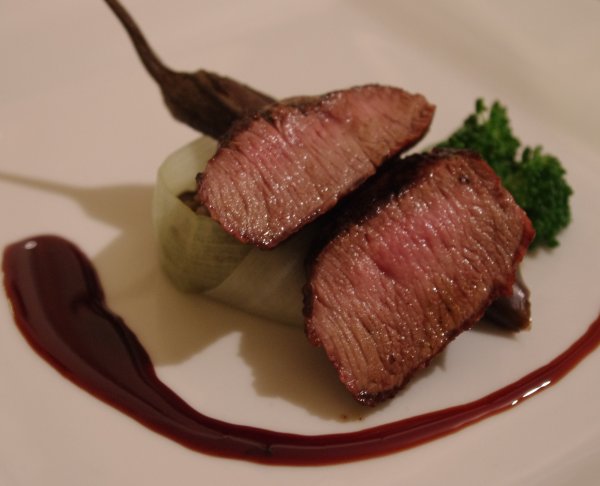 Server with Chateau Musar red 2001. My first bottle of the 2001 vintage, and it (unfortunately) seems to be moving in the same direction since the 1998, with less VA/Brett influence. Still, lovely warm cedary, gently spiced, ripe plummy fruit (whilst still being savoury), and a smooth palate with soft acidity and great balance (without falling into the dull/sickly-smooth trap). It’s a shame not to see some goat shit here, but then Musar is subject to bottle variation and perhaps this would see a nice Brett bloom in bottle with a few more years. 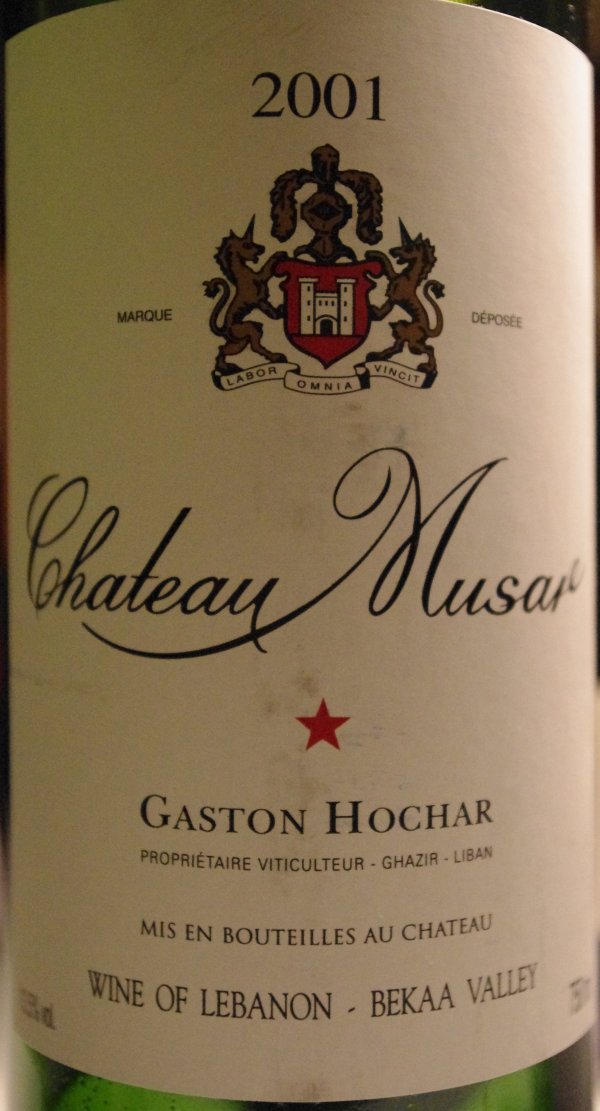 Chocolate Chantilly, white chocolate-yoghurt icecream
Hervé This thought to develop a foam from a chocolate emulsion, working air into the emulsion as it cools (as with a Chantilly cream). It works very well, essentially creating an eggless chocolate mousse. Here, the chocolate was piped (tricky to work with as the temperature drops and the chocolate firms). 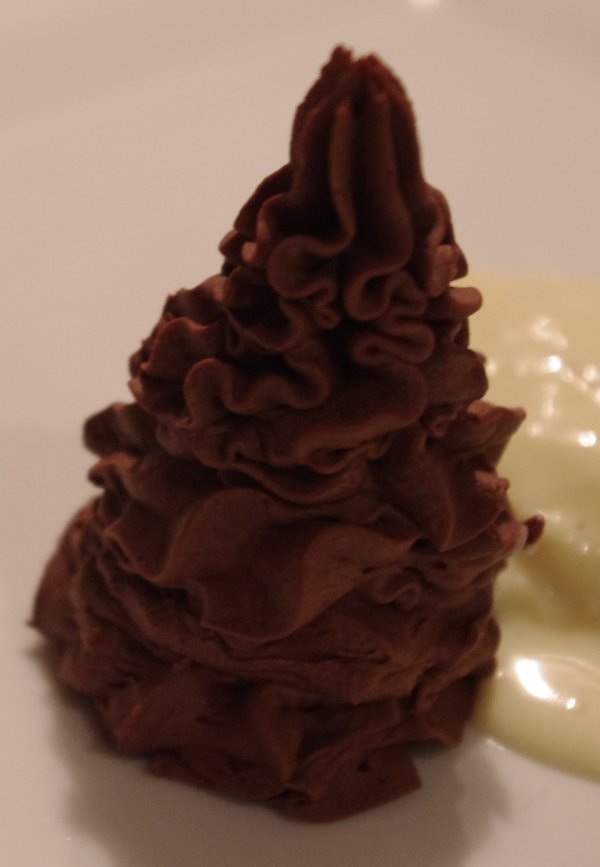 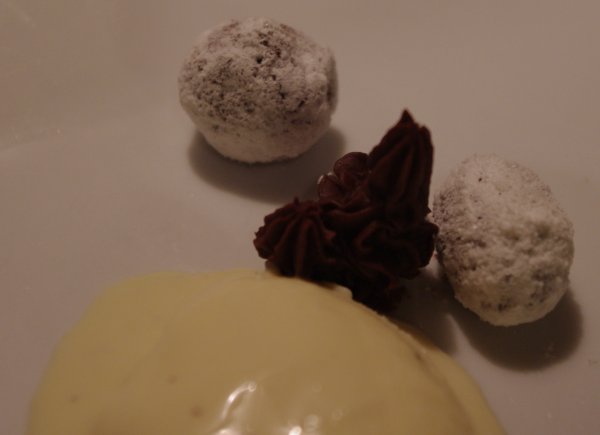