GrapeRadio have some interesting videos on YouTube, including some pretty nice cinematography in the The Scent of Black, a short film about Cahors. I found the video on Château Suduiraut (Part II) discussing the pairing of Sauternes with Szechuan cuisine of particular interest.

I completely agree with Christian Seely’s comments regarding food-wine matching (“if there’s something in the dish that can wake up something in the wine… that, for me, is what food and wine matching is all about”). Pierre Montégut remarks on the success of subtly complex spicy dishes bringing out the fruit in Sauternes.

I love Szechuan cuisine, so I thought it worth combining some stirfry and a comparative tasting of Château Guiraud 2007 and Château Suduiraut 2007. 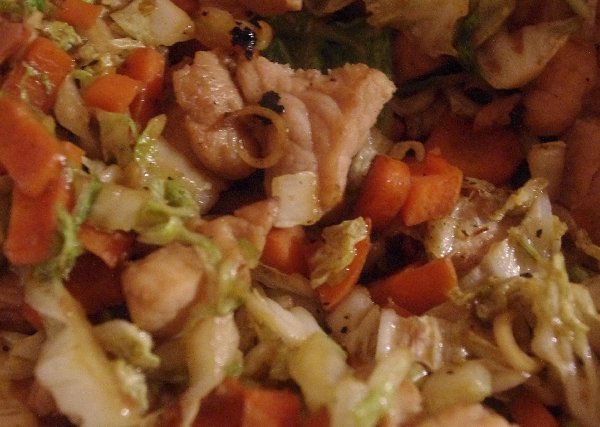 Not so very Chinese, given that the sauce comprised lemongrass and fishsauce – perhaps a Vietnamese-Chinese fusion(?), but this worked particularly well with the Sauternes. 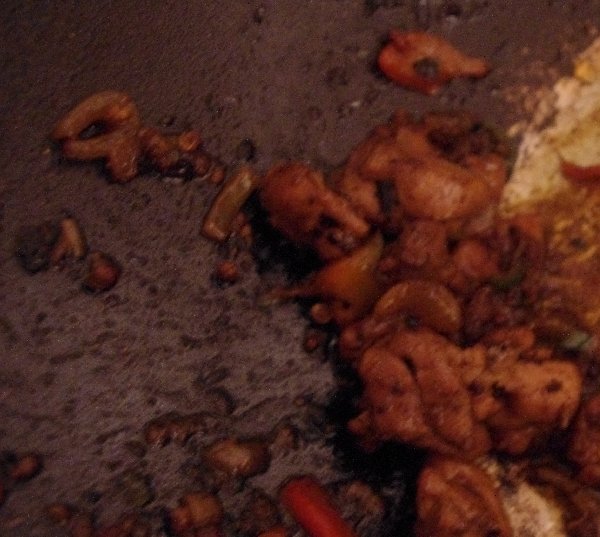 Château Guiraud 2007 was darker in colour, had a more complex nose showing caramel, underripe nectarine(?), quince, a touch of canned pineapple, nut shell and honey. The palate is pleasantly light, with the fruit showing (particularly with the pork dish) on a long finish. This was a better balanced, more aromatically complex, longer wine than the Suduiraut (and I say that being a Suduiraut fan).

Château Suduiraut 2007 had significantly less aromatic/flavour intensity, was fatter, heavier, and I would say of inferior balance – but some may prefer their Sauternes that way. It had flavours of rather floral honey and apricot syrup. Perhaps slightly underperforming for the producer I thought (which may well be an issue of bottle provenance).

The combination with stirfry was excellent, with the viscous texture of Sauternes working well with the oil in the stirfry, and the aromatic spices bringing out different characters in the wine.

Dessert comprised a vanilla crème brûlée, a classic accompaniment to Sauternes. I felt the wines were too acidic for the crème, and it did not bring out interesting flavours in the wine like the stirfry had.

So, next time you reach for a Sauternes, consider drinking it with an Asian main rather than with/as a dessert!

This entry was posted in Chinese, Dessert, Uncategorized. Bookmark the permalink.