Australia Day means lamb, not so much because Sam Kekovich tells (Anglo?) Aussies it does. More because, of all the readily available meats available in Australia, lamb is possibly the best.

But before the lamb, a seafood starter. Every time I eat mussels, I think I should eat them more often, and at Christmas that was exactly how I felt… which prompted some mussels, cooked the classic French way (shallot, butter, garlic, white wine; parsley garnish), with some tagliatelle. 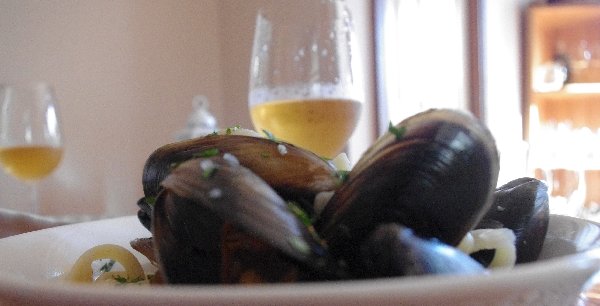 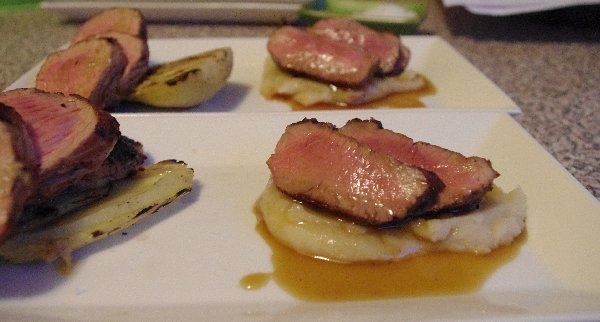 The rack loin is simply the loin meat from the lamb rack. The middle loin is the eye meat further down the back of the lamb. The middle loin was rather tough and I would not choose to serve it again.

I am increasingly coming to the conclusion that baked fennel is a bad idea – so much better fresh. It was the only problem with the flavours on the plate. 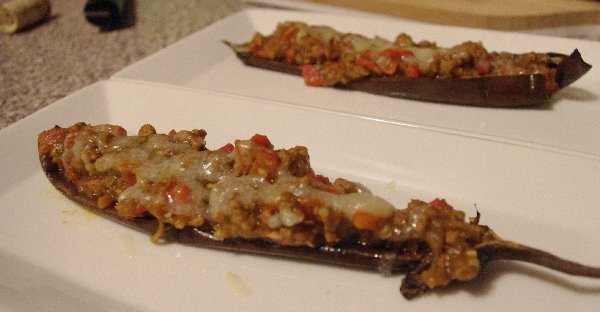 The lamb dishes were served with four different Passionvale Cabernet Sauvignon wines: an unoaked 2009, an unoaked 2010, an oaked 2011, and a 2011 oaked Cabernet Shiraz blend.
They are wines which, it might be said, are definitively of their Hunter Valley roots, yet show a kind of Italian (or perhaps even French) sensibility, in that they have that Hunter Valley fruit profile that (for me) shows both black and red fruits (think inky blackcurrant, along with cherries of varying shades, and plum), yet aren’t just about fruit because they have a kind of blackcurrant bush or dried grass-like element that is both herbal and herbaceous, and a kind of lift that can run from Parma violets to polish. And on the palate, they are fresh (sometimes too fresh), aren’t afraid to show their tannins (though never in an aggresive way), and are unashamedly of the medium bodied (rather than the full bodied) mould.
The 2009 was actually preferred by the diners, surprisingly being the fuller and somewhat riper of the four. It’s acid-balance was better (even though it was the only wine of the four whose must had been acidified!) and perhaps as a result, it matched the food better, particularly the stuffed eggplant dish. 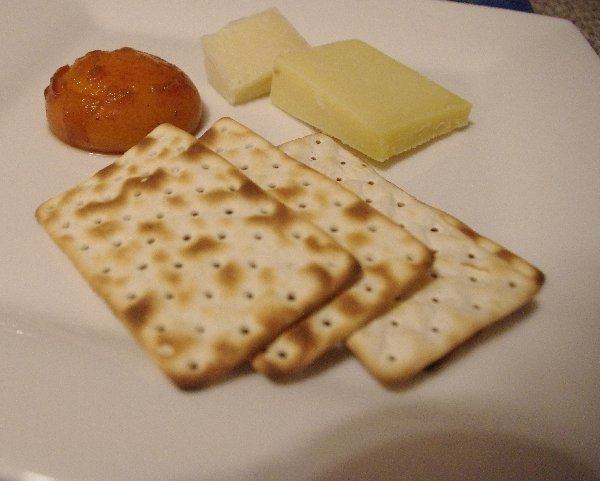 I wanted to poach (somewhat too-firm apricots) – but in what? Think Manchego, think Spain, think Sherry, and a little vanilla to lift it all. The Sherry imparted a slightly too woodsy character to the apricots (perhaps I used too much?), but otherwise this was a pleasant combination. 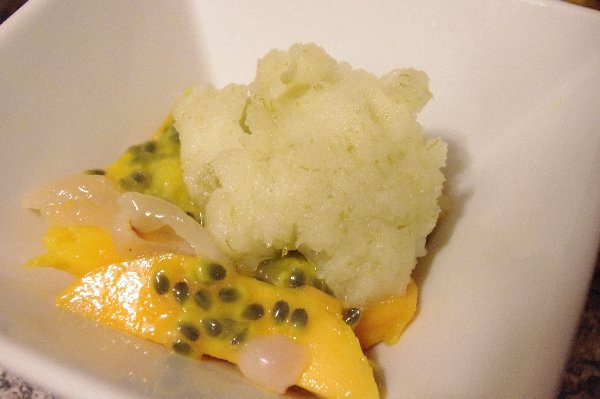