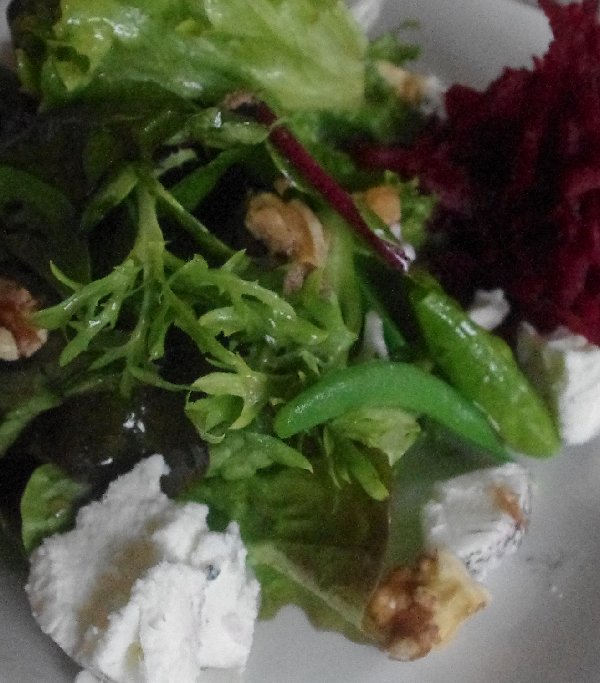 Discussions with others following the prep for this dish led me to realise just how time consuming the preparation of a properly exectured salad can be. And how typically underrated the skill in preparing salad is. Get the dressing balance off, and it shows. Use anything less than absolutely fresh ingredients and the discerning diner notices. Combine ingredients that don’t compliment each other and it weakens the entire dish. You get away with a lot less when it comes to salads. Could it be that the reason salads remain so underappreciated is because they’re often not well conceived or executed? When I list some of the best dishes I’ve eaten in France, that list invariably includes a salad… they just do salads well in France.

The dressing here was a light extra virgin olive oil and raspberry vinegar with a little salt. Diners never seem to be able to pick out the fruit in fruit vinegars; they add an elusive quality to a salad, and often a touch of welcome sweetness.

The salad was served with Christian Moreau‘s Vaudesir Chablis from 2009. The floral-vanilla oak increasingly overpowered the wine’s minerality, fruit (lemon, pineapple and nectarine/white peach), and attrative edge of vegetation, but it remained delicious, with its suitably austere yet balanced palate and long finish. It complimented the salad quite well. Interesting to note too, that a mouthful of greens+walnut+cheese prior to a sip of that Chablis was a far superior experience than if it followed a mouthful of salad that didn’t include walnut+cheese. 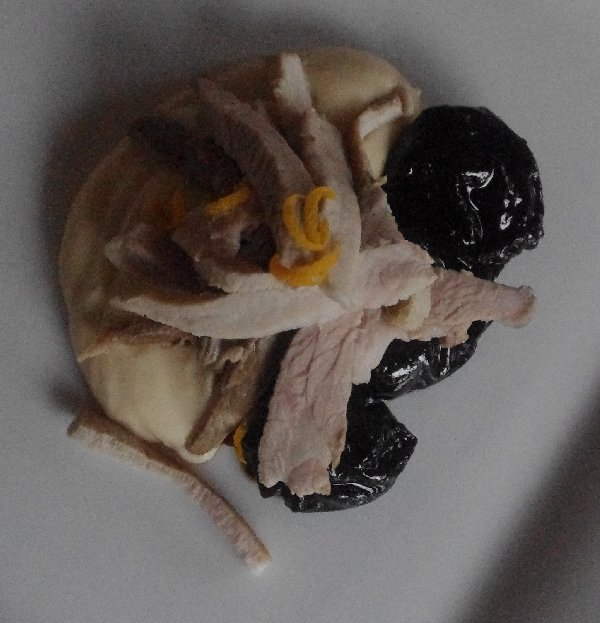 Peter Gilmore (Quay restaurant, Sydney) vac-steams a suckling pig, picks it apart, and remoulds within a piece of crispy pig skin. It’s then served with the cauliflower cream and Pedro Ximénez prunes, and it’s a great dish.
The above dish departs in two significant ways:
(1) The pork here is a ribbed belly cut. For pork belly dishes, I actually prefer cut from the top of the shoulder (à la British belly) or from the hind portion of the belly (no ribs). But the ribbed belly cut (with a firmer texture and less fat) offers something different, and greater textural contrast to the soft cauliflower cream and prunes.
(2) Peter Gilmore doesn’t make the simple addition of orange zest, which is my most humble contribution, but I must say that the addition elevates this dish to a whole new level; providing an aromatic lift that cuts through the pork (in the same way that the acidity of a traditional fruit accompaniment like apple might, yet without the acidity – which isn’t needed here because there’s little fat in the pork) and compliments the cauliflower and prunes well. It’s not entirely surprising, since orange is a classic flavour combination with pork, but the fact that it’s the zest offers something different – I don’t know why citrus zests aren’t used more! 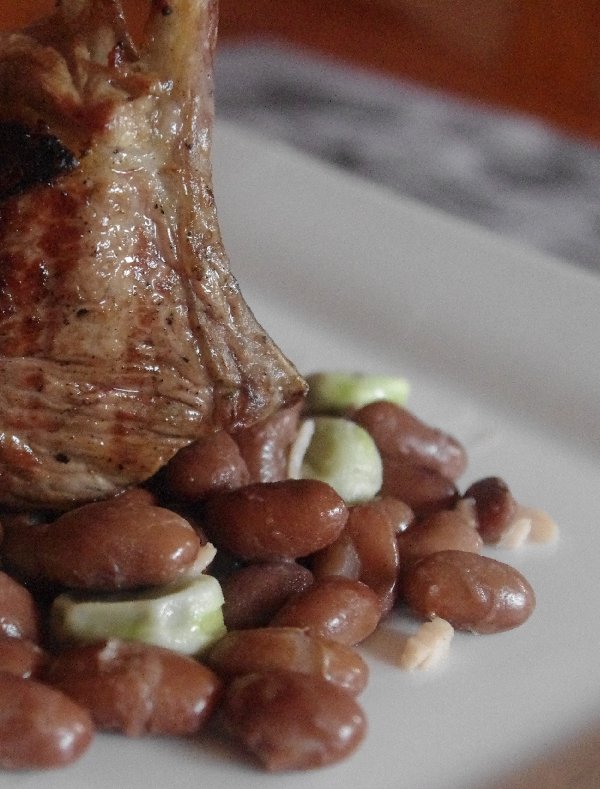 In the absence of haricot, cannellini… and broad beans with the shell on (the horror), with a bacon and rosemary-flavoured stock, and mint oil.
The smooth, sweet cherry-fruited E. Pira Barbera d’Alba Superiore 2009 wasn’t a bad match, though it might have been a better match had it not been canvassed in oak. 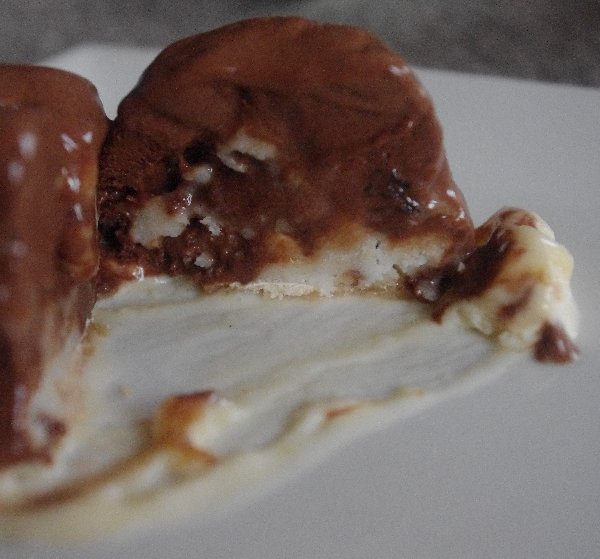 Visual recipes for the adept?

I don’t use recipes, except “in the pastry section”. Even then, I suppose I don’t use recipes as such: I just want to be reminded of the quantities, and a general guide for execution sequence, that I can quickly jot down, take to the kitchen, and follow with visual ease (without reading reams of text). Thus was born the visual “recipe”. Of course, it doesn’t include much of the detail (for example, folding the chocolate and pseudo-pâte à bombe mixture into the cream wouldn’t be done until it was cold, to retain the air in the emulsion), but it contains the essential information. Above is a “visual recipe” for the dark chocolate semifreddo in isolation.
This entry was posted in Beans, Beetroot, Cauliflower, Cheese, Chocolate, Dessert, Fruit, Greens, Lamb, Lettuce, Menu, Nuts, Pork, Uncategorized. Bookmark the permalink.